The Peoples Temple Agricultural Project, better known by its informal name "Jonestown", was a remote settlement established by the Peoples Temple, an American cult under the leadership of reverend Jim Jones, in north Guyana. It became internationally notorious when, on November 18, 1978, a total of 918 people died in the settlement, at the nearby airstrip in Port Kaituma, and at a Temple-run building in Georgetown, Guyana's capital city. The name of the settlement became synonymous with the incidents at those locations.

909 individuals died in Jonestown, all but two from apparent cyanide poisoning, in an event termed "revolutionary suicide" by Jones and some members on an audio tape of the event and in prior discussions. The poisonings in Jonestown followed the murder of five others by Temple members at Port Kaituma, including United States Congressman Leo Ryan, an act that Jones ordered. Four other Temple members committed murder-suicide in Georgetown at Jones' command.

While some refer to the events in Jonestown as mass suicide, many others, including Jonestown survivors, regard them as mass murder. As many as 70 people may have been injected with poison, and a third of the victims (304) were minors. It was the largest such event in modern history and resulted in the largest single loss of American civilian life in a deliberate act until September 11, 2001. 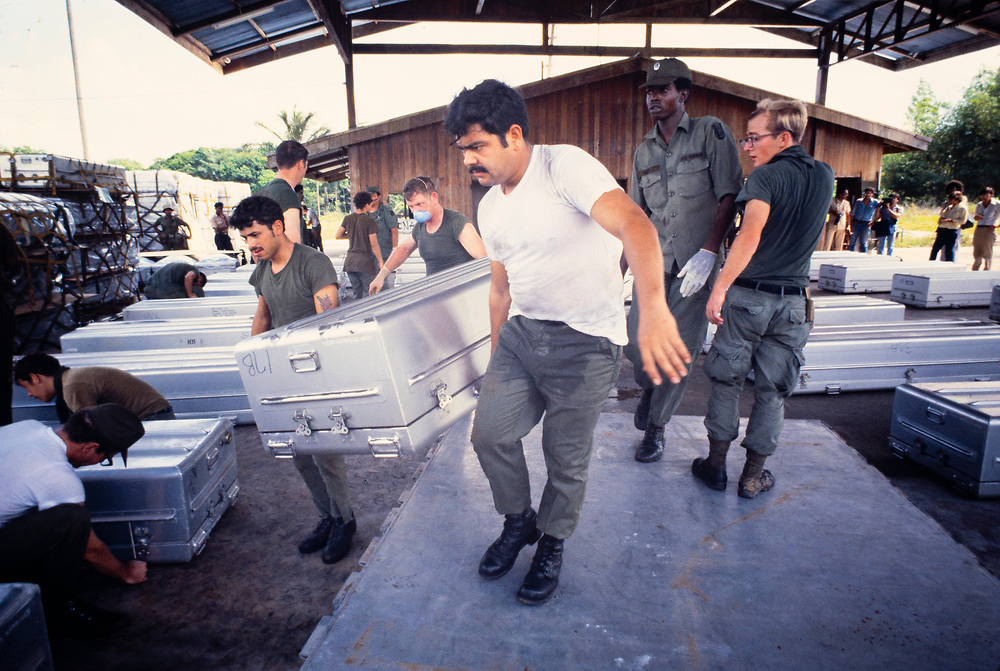